Today Helen and I went to the Didcot Railway Centre; home of the The Great Western Society; who were offered the use of the Didcot Motive Power Depot site, and they took over the site in 1967. The society has a comprehensive collection of ex Great Western Railway (GWR) locomotives and rolling stock. There are two short lengths of running track, each with a station at both ends.

The shorter of the two lengths – the ‘branch line’ – has a wayside halt station named Didcot Halt at one end while at the other end is the transshipment shed dating from broad gauge days, when it was used for transferring goods from broad to “narrow” (i.e. standard) gauge rolling stock and vice-versa. It has been carefully moved and reconstructed from its original site nearby. This is where the broad gauge (7 ft 0 1⁄4 in (2,140 mm)) Firefly replica, completed in 2005 operates.

Here Helen can be seen demonstrating the difference in size between Broad Gauge, and Standard Gauge,

The Recently built Peppercorn class A1 Pacific steam locomotive 60163 Tornado was at the centre running with stock;

Also on site is a replica of Fire Fly. The Original Fire Fly was a Daniel Gooch Locomotive built in 1840 to run on Brunel’s broad gauge Great Western Railway between Bristol and London.

The replica was conceived by the members of the Firefly Trust and they have assembled it at Didcot Railway Centre where it now operates.

‘Fire Fly’ operates the broad gauge railway together with a replica of a third class coach, open to the elements, built by the National Railway Museum for the 150th anniversary of the Great Western Railway in 1985.

The original ‘Fire Fly’ was the first locomotive designed by Daniel Gooch, first locomotive superintendent of the Great Western Railway, and was one of a class of sixty two; built in May 1840 it ran until 1870. Gooch took advantage of the broad gauge; his locomotives travelled at much faster speeds than those made previously. In all he designed 340 locomotives.

The Fire Fly class handled the principal trains from London to Bristol when they were new and were capable of hauling trains weighing 80 tons at speeds up to 60 miles per hour; one of the class hauled the first royal train, taking Queen Victoria from Slough to London, in 1842. The wheel arrangement is 2-2-2, the single driving wheel being 7 feet diameter, and the weight 24 tons 4 cwt.

Another two interesting things on site are Rail motors, one is a Steam Railmotor, Great Western Steam rail motor, number 93 was built in Swindon Works in 1908, and was stabled out of Southall, and latter to Stourbridge Junction, The Steam rail motors were forerunners of DMUs and EMUs, they were designed to compete against the competition from tramways, and Buses

The other Railmotor is one of only two examples remaining, and currently the only one in running order, it is powered by two 9.6 Litre 8-Cylinder AEC engines through a Wilson epicyclic gearbox. 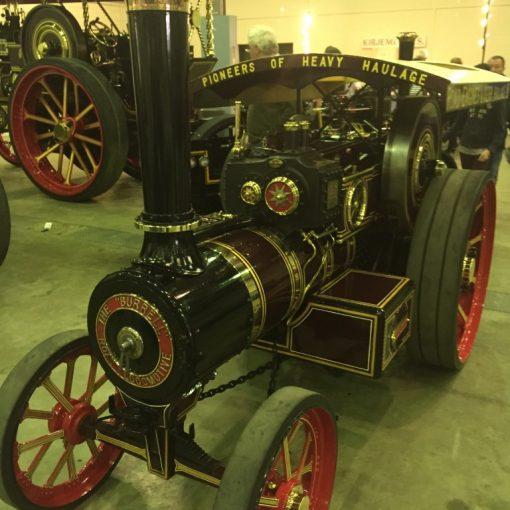 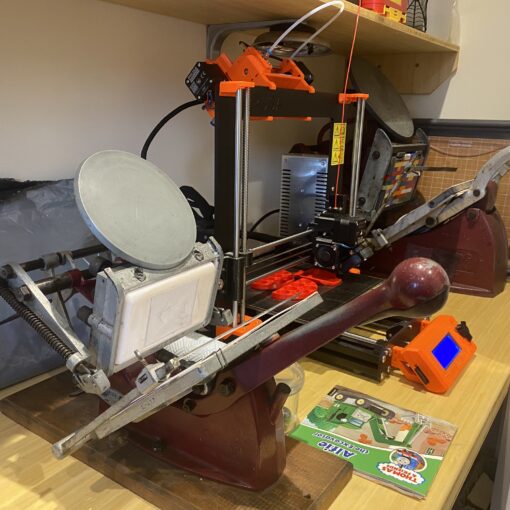 Tamarisk has been making use of Bob’s AnyCube printer to make Christmas card presses for use in her Adana letterpress machines, (At […]

It’s been a fair while since I last wrote an update to my blog; back then Tamarisk and I were looking for a […]

Microlink, that lovely kind group of people who call them selfs a company….. [insert sarcasm stick here] have another complaint against them…. Yesterday Ben and myself were in […]