The Luggage is a fictional object that appears in several of the Discworld novels by Terry Pratchett. It is a large chest made of Sapient Pearwood (a magical, intelligent plant which is nearly extinct, impervious to magic, and only grows in a few places outside the Agatean Empire, generally on sites of very old magic, such as Indian burial grounds and ancient monolithic sites). It can produce hundreds of little legs protruding from its underside and can move very fast if the need arises. It has been described as “half suitcase, half homicidal maniac” (Sourcery paperback p22).

Its function is to act as both a luggage carrier and bodyguard for its owner, against whom no threatening motion should be made. The Luggage is fiercely defensive of its owner, and is generally homicidal in nature, killing or eating several people and monsters and destroying various ships, walls, doors, and other obstacles throughout the books. Its mouth, the feature often remarked upon by those it is about to consume, contains “lots of big square teeth, white as sycamore, and a pulsating tongue, red as mahogany.” The inside area of The Luggage does not appear to be constrained by its external dimensions, and contains many conveniences: even when it has just devoured a monster, the next time it opens the owner will find his underwear, neatly pressed and smelling slightly of lavender.

One of the greatest features of The Luggage is its ability to follow its current owner anywhere including such places as inside its owner’s mind, off the edge of the Disc, Death’s Domain, inside the Octavo, the Dungeon Dimensions, and even (literally) to Hell and back. Like all luggage, it’s constantly getting lost and having to track its owner down. It has only one way of overcoming obstacles, and that is by simply ignoring them and smashing a hole through them – including a wall to a magick shop that had since relocated to another city by magical means.

The Luggage first appears as the property of Twoflower the Disc’s first tourist in The Colour of Magic. When Twoflower returns home in The Light Fantastic he gives the luggage to Rincewind, and it follows him through several sequels. Twoflower says he got it by asking for “a travelling trunk” at one of about a dozen magical shops – which are not limited by the constraints of time and space, to their owners’ dismay – which is exactly what he got. According to “The Light Fantastic”, this chain of stores was born when an impatient sourcerer was served rather poorly. When Rincewind eventually visits the Counterweight Continent, Twoflower’s home, he finds many items similar to Luggage travelling with their masters.

Pratchett says (at the beginning of Sourcery) that he got the idea for the Luggage when he saw a tartan suitcase with dozens of little wheels moving as though it had a mind of its own while an American tourist pulled it along. However, he has also stated (in The Art of Discworld) that it was loosely based on an idea from a roleplaying game he had designed – that being of a similar item that would do only and exactly as it was told.

The Luggage later finds a female Luggage and has children with it in Interesting Times.

In The Last Continent the Luggage helps the traveling female impersonators escape from many brawls and is named Trunkie by them. It also helps Rincewind and Neilette escape from the cavern under the brewery.

The Luggage savages passers-by in:

The Luggage also ‘ate’ the most powerful magical spell book on the Disc at the climax of The Light Fantastic. However, as it is made of sapient pearwood and is impervious to magic, the book is probably under tighter control than it was in the university, where it had to be chained to a plinth. However, the Luggage was alluded to in a later book as having “eaten a book of spells, sulked for three days and spitting it out again”, thereby leaving the final fate of the Octavo relatively uncertain.

Skippy’s Ansible is in git at `/home/skippy/git/Ansible.git` on the new machine as root: On Freyja 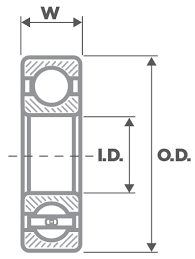 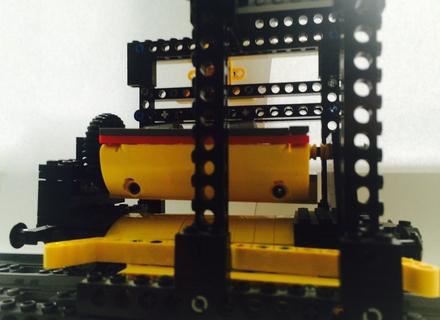 Bob wrote the A-Maze-Balls Standard, for a MakerFair once, and subsequently bought a million balls. Loading: Wagon: Misc: