In the future, a spaceship called Serenity is harbouring a passenger with a deadly secret. Six rebels on the run. An assassin in pursuit. When the renegade crew of Serenity agrees to hide a fugitive on their ship, they find themselves in an awesome action-packed battle between the relentless military might of a totalitarian regime who will destroy anything – or anyone – to get the girl back and the bloodthirsty creatures who roam the uncharted areas of space. But, the greatest danger of all may be on their ship.

I fear that the cancelling of Firefly may have been a huge mistake; as unlike Buffy I like this one. 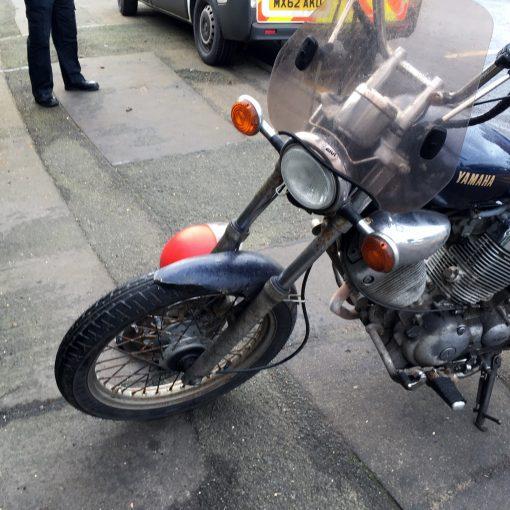 The other driver who knocked me off, well lets say his car is not as ok as it could be.

The Week without Tea, Coffee, Chocolate, and Alcohol is over; Loupie expected me to crack over the lack of tea (she is […]

[pro-player type=”mp4″]http://camcrew.co.uk/uploads/De%20Cobham%20Men%20at%20Arms%20Training.m4v[/pro-player] The DeCobham Household is part of the Medieval Siege Society representing military life in the Wars of the Roses period […]