Gloucester Docks is home to the National Waterways Museum (formerly known as the National Waterways Museum, Gloucester), housed in Llanthony Warehouse, (I went once with Loupie a number of years ago; however I will have to go back another time for a look round). Llanthorn warehouse was built in 1873, and was the largest and last of the great wear houses built in Gloucester Docks. it overlooks the main Basin, and the Barge arm:

The Barge Arm was an early development for use by barges and narrow canal boats to keep them out the way of big ships in the Main Basin. Each side of the arm was lined with yards handling such cargoes as coal, stone, timber, or building materials, and each yard was initially served by a siding of a horse drawn tram road to Cheltenham.

From here generations of Gloucester men went ‘up country’ to the midlands in narrow canal boats that were 70 foot long and 7 feet wide. On the outward journey, most carried grain or timber imported through Gloucester, returning with goods for export or coal for local consumption. The master of each boat was paid by the trip and was expected to find his own crew, and many found it necessary to take their wife and/or children rather than employ another man. Children working on the boats had little opportunity to attend school, and their lack of education meant that most continued to work on the boats when grown up.

Following on from Part One, I found this article titled “A Walk on the Wild Side around Gloucester Docks” on Narrowboat World, where Alan Tilbury […] 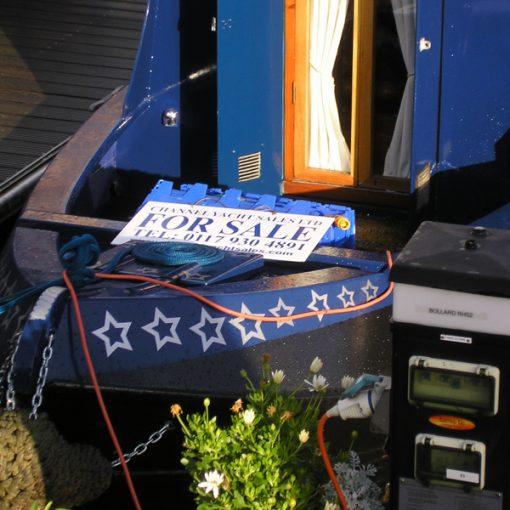 At Gloucester dock there was a lovely 57 foot narrowboat called Wanderin Star (Wanderin Star PDF) for £39,000 “Wanderin Star” would make a comfortable […]

On Saturday Random Zero, Betty, Dan and I went to Gloucester via motor cycle; there were two main aims behind this; the […]

With my getting a job, which is 35 miles from my parents (about the same distance as Culham Centre for Fusion Energy […]