After outsmarting the Bacon Sandwich, I recovered Steph to RandomZero’s last week to fix the Ignition Switch, I purchased a cheap replacement from Maplins which should be able to make and break onto load at ~30A @ 12V (won’t be making or breaking on much more than 4A @ 12V), also my order for a soldering iron came through from Amazon.

So while changing the Oil and oil filter; I had a go at fixing some of my electrical problems; Front of the panel after drilled and switch in place Using some heavy duty cable, soldered a new fuse holder; and heat shrink tubing to hold everything in place; and reduce exposure, and to reduce the number of crimps or friction joints in the electrical circuit. Cables are passed all the way through the frame under the air intake, and the fuse side is to be tied into the battery cable (the bare wire) and the other end will be tied into the bike electrics above the white connector. Hopefully this will all be more secure than just walking off with the fuse.

I got my new cast today, they asked me what colour I wanted, it would either been purple or black (other colours […]

My Motor Cycle now has handle bars 😀 As Part of this bit; I am now fixing the new control wires to […] 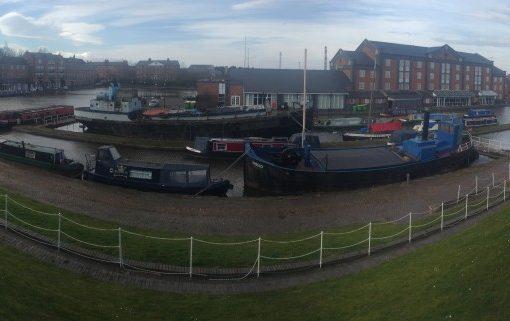 Back when I fell off Steph, I wrote off my helmet and gloves well today I bought new gloves and helmet So I should be […]