There is a cunning plan under Planning Application number 104709/FO/2014/N1 for a school in New Islington, next to the Marina at Cotton Fields in Ancoats in Manchester.

I am writing to put forward my views on the Planning application (planning ref 104709/FO/2014/N1). This is the proposal to build a new 2 form entry school to accommodate the 420 place primary school.

I have no objections to the proposal for the school at this location.

However I do have objections to the proposed Access and egress, and security from the site (to the east). This was originally covered in Package 103218/JO/2013/N1.

As you can see from the above image the site will be surrounded by a 2.1 metres high fence on three sides (Shown in green). An existing 4 m fence makes up the fourth side (shown in red). The Gates in the 2.1 m fence are all 2.1 m high. In the case of the vehicle gate (lower left hand corner of the drawing) this is to be an electronic vehicular gate that is connected by video and audio to reception (cite e-Documents- 104709-ssi-0005 – gas risk e-Documents- 104709-dpp-0010 – refuse). At the other end of the proposed access road is an existing unmanaged 1.8 m gate. This provides access for marina deliveries and refuse collection, and is closed between 16.30h and 08.30h in the winter and Dusk and 08.30h in the summer.

The 1.8 m gate makes up part of the security fence for the Marina, having this gate open means that there is access into the secured area.

The existing 1.8 m Gate needs to be controlled from the school and is not high enough.

The current proposal will be a large increase in the hours the marina will be open.

Further reading of the Design & Access Statement brings the following two sections to our attention:

A travel survey of pupils currently attending the New Islington Free School was undertaken in July 2013. It identified that over 43% of the children live under a mile from the school, over 15% live within 2 miles, 20% live under 3 miles and just over 16% live within 4 miles of the school. As such, the use of sustainable modes to access the school is considered to be highly likely at the proposed location. As a consequence of a travel survey undertaken by the school, it was identified that the following modal splits could be expected:

Notwithstanding the above, the site will be served by a single road. This road, accessed from Old Mill Street to the east of the site, has been granted planning consent and these works are due to be completed by Manchester City Council in April 2014 [103218/JO/2013/N1]. This proposal aims to extend this road further into the site and serve a car park that can accommodate 19 car spaces, of which 2 spaces will be dedicated for disabled use. It is intended the car park will primarily be for staff use and for visitors who may use the school facilities outside of normal school hours. An electronically controlled vehicular gate is proposed across the road at the eastern site boundary. This gate will help police the use of the car park and perform an important security function. It is not intended for pedestrian use.

Currently the access road onto Old Mill Street is used as a car park by a large number of people who are work and live in the surrounding area:

I believe that the planning application 103218/JO/2013/N1 needs rebooked at for the parts that are currently under construction, as there are a number of issues that have changed since originally passed, the original application was passed before the marina was developed, there is no Crime Impact Statement listed with the original documents, and that even if one was present the pattern of use has changed it would now be unsuitable for consideration.

The new access road is shown as being about 5 meters wide, and will allow access to the grassed area to the back of the marina.

Parking for Dropping off / Picking up

There is also additional parking problems round the New Union Street, New Islington, and Weybridge Road end of the marina (Currently access for Emergency vehicles.)

§ 6.7 of the Transport Assessment lists these as three of the four considered to most likely be used for drop-off (the forth being Coppersmith Road).

Under the development proposals, the site will be accessed off an existing vehicular access off Old Mill Street, which will provide access to the proposed car parking arrangement. However, the access road will be for staff and servicing vehicles only, unless special dispensation has been agreed with the school for the dropping off of disabled or immobile pupils. However, it is considered that these instances are likely to be very occasional.

However this again does not cover how this will be enforced, the views put forwards throughout the referenced material are only opinions, and make no reference to statistics, or studies.

Also of note is the 20 mph zone that makes up the surroundings to the school, is mostly ignored, with speeds on Old Mill Street having increased with the removal of the textured road surface. there have been a number of collisions between motor vehicles and the wooden street furniture.

There is also no direct path from the proposed school, to the New Islington Tram Stop (no formal access is in place across the Ashton Canal).

The Level Access Bridge between Redhill Street, and the School Side of the Rochdale Canal is not currently in use.

The volume of crime in the study area is high. The most frequently occurring crimes in the past 12 months have been criminal damage, theft and theft from motor vehicles; additionally, there have been a high number of robberies and burglaries. The volume of crime is likely to be high due to the close proximity of the site to the city centre of Manchester.

With the additional opening hours for the marina due to the lack of physical security, I suspect that this number will rise as theft, and robberies / burglaries occur (I am not sure how crimes relating to the marina are currently recorded).

And in the summer there will be an increase in anti social behaviour (Summer 2013 drinking and use of illicit substances in the area known as “Cotton Fields”)[1][2][I requested more details via our local PCSO, however this has not been sent to me].

The Crime Impact Statement is also very clear on the subject of CCTV (as well as the above recommendation that Perimeter fencing should be of the order of 2400-3000mm).

The CCTV system used within this proposal will require certain specifications and intelligent placement of cameras to compliment the design of the development.

At present there is one CCTV camera located near the proposed site,

It is located between the spots 32, and 36 on the above diagram, it is controlled as part of city centre CCTV network, however it would be inadvisable to consider this in any way suitable for inclusion as part of the CCTV provision for the site.

There are no cameras on the Medical centre that over look the development.

(Maria Residents have been led to believe that there may have been historically been a second camera which was vandalises, and not replaced).

In Summary, I would like to see detailed proposals for the CCTV, and Security arrangements, as well as the issue of access, egress, and prevention of vehicular congestion being re-addressed.

Vehicle access to the new school would be better served by opening a 4 meter access road to the west of the site, throughout he retail park to the south, this would allow both construction, and school traffic to access the site via a Traffic light controlled junction on A665 Great Ancoats Street.

The documents from the original planning application are: 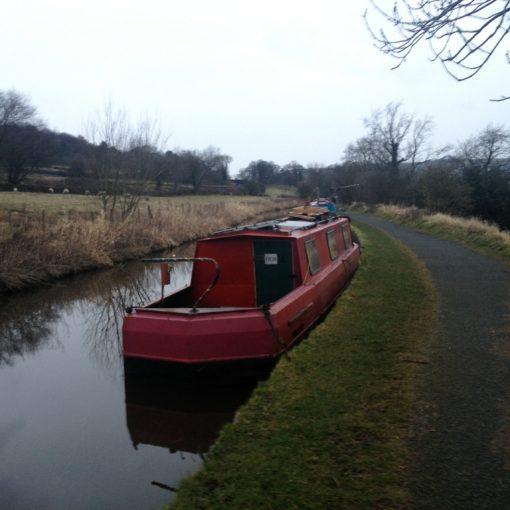 The ACC (Association of Continuous Cruisers) website is up and live. Have a look and give us your feed back. Email Tas […] 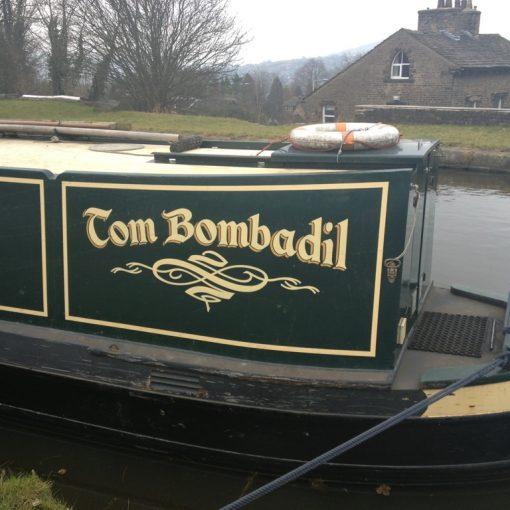 On Saturday before Fiona’s house warming party; I went for a trundle up north to look for Crick Marina‘s Canal Boat Sales […]

Yesterday I went up to Whilton Marina to look at the boats they have up there; while looking around came across one I […]