Following on from my recent post about Glastonbury’s fun and exciting 5G report, I have had the chance to review the full report in more detail, the one that was pulled from the website and replaced with the executive summary…

The executive summary is a dull document, that has redacted 96 pages, including most of the technical content of the report.

This is something that Glastonbury Town Council is mindful of when passing significant resolutions – be it anti-fracking, declaring ‘climate emergency’, banning Glyphosate, or acquiring ‘Earth Protector’ status – and it is certainly true of our resolution to adopt the Precautionary Principle with regard to concerns about the safety of fifth generation cellular network technology (5G) and its roll-out.

Indeed, within a week of our resolution, Parliament held a Westminster Debate on the subject; Hansard records the opening statement by Tonia Antoniazzi MP: “This Westminster Hall debate is timely. It comes on the back of an historic decision by Glastonbury Town Council to oppose the roll-out of 5G because of a severe lack of evidence about its effect on the health of those living and working around 5G sites.” [Hansard 25th June 2019, Volume 662].

In an attempt to explore the merit of our position, Glastonbury Town Council convened a ‘5G Advisory Committee’ comprising of both councillors and non-council members, to report back to the council – with recommendations – during the Spring of 2020.

The Town Council is greatly indebted to the members of this advisory committee, who have met regularly; collected and studied a large volume of literature – and received presentations from a number of academics and professionals, including the Director of Mobile UK, the organisation overseeing the roll-out of 5G in the UK.

As chair of Glastonbury Town Council’s 5G Advisory Committee, I can say that this has been one of the most interesting times I have experienced as a councillor. I’ve also been impressed by the number of councils and local authorities who have contacted me to request copies of the committee’s report and recommendations… The deliberations of Glastonbury’s committee no doubt a microcosm of the wider debate yet to unfold on a national scale!

On a personal note, I would like to thank Glastonbury’s Town Clerk, Gerard Tucker, for his untiring patience, commitment, and dedication to the committee and the process; without which, our task would have been infinitely more difficult.

So on page two of the document we already have issues with the document exposed. Jon Cousins’ introduction makes states “Precautionary Principle with regard to concerns about the safety of fifth generation cellular network technology (5G) and its roll-out”. The way this sentence is structured feels to me that he already has issues with it, and validates the concerns, whether real or imagined as fact.

Also in the introduction, he makes reference to a statement made in parliament by the Glastonbury MP, Tonia Antoniazzi (Labour). According to the Hansard journal1, Tonia Antoniazzi‘s statement where she claimes that 5G technology is carcinogenic, and she refers back to the report:

This Westminster Hall debate is timely. It comes on the back of an historic decision by Glastonbury Town Council to oppose the roll–out of 5G because of a severe lack of evidence about its effect on the health of those living and working around 5G sites.

Tonia studied French and Italian at Exeter University, and then she went on to get a PGCE from Cardiff University. While I don’t doubt that she is an intelligent woman, her background does not suggest a strong science background.

Cllr. Mike Smyth was the person who with Cllr Jon Cousins proposed and seconded the authoring of the report with the following remit:

This council has a social responsibility to protect the public and environment from exposure to harm, albeit unpredictable in the current state of scientific knowledge, and therefore opposes the roll-out of 5G in the Parish of Glastonbury – based on the precautionary principle – until further information is revealed from a newly convened 5G Advisory Committee (working group).

I can’t find an eduction history or CV for either Mike Smyth or Jon Cousins.

The purpose of the 5G Advisory Committee being to:

The Advisory committee was made up of the following council members

And the non-councillor members of the 5G Advisory Committee were

On page 12 of the document Cllr. Brian Outten writes of three of the people who left the committee:

Mark Swann, Derek Cooper, and Carol Roberts all decided to leave the Committee after initially providing many important opinions as well as reports

In a BBC article the following was written:

“I joined the working group in good faith, expecting to take part in a sensible discussion about 5G,” says Mr Swann. “Sadly the whole thing turned out to be a clueless pantomime driven by conspiracy theorists and sceptics.”

Mr Cooper reached the same conclusion: “I worked out there were only four of us who were neutral. And the others were all absolutely against 5G, either strongly or weakly.”

One non-council member of the committee, Roy Procter, concludes: “5G is a danger to the health and wellbeing of all life and is also has potential for very intrusive surveillance and control.”

It was also Mr Procter who speculates that there could be a link between the coronavirus and 5G.

He writes in the report: “At the moment, with 10,000 recently installed 5G antennas plastering its city, Wuhan is probably one of the most 5G-electropolluted cities on the planet.”

It is safe to say that this report is not worth the paper it is written on and should be considered a case study in why not all views are equal. Putting science against heresy and rumours about 5G is never going to work well, Science is not a fluffy subject, it is not easy to make the numbers friendly, however it is easy to make people feel that it is dangers just by miss representing facts.

It is also easy to see why when presented with the conspiracy therorys and lies presented by some members of the Committee, the more science led felt the only option was to resign.

Skippy.org.uk is quite an old blog, and while my 365 Blog is not as old; one of the things that is getting […] 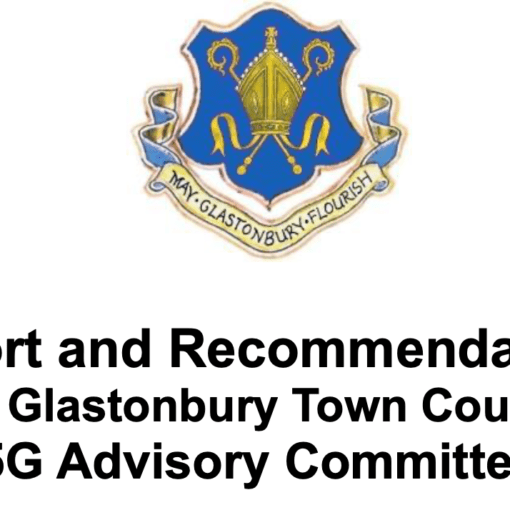 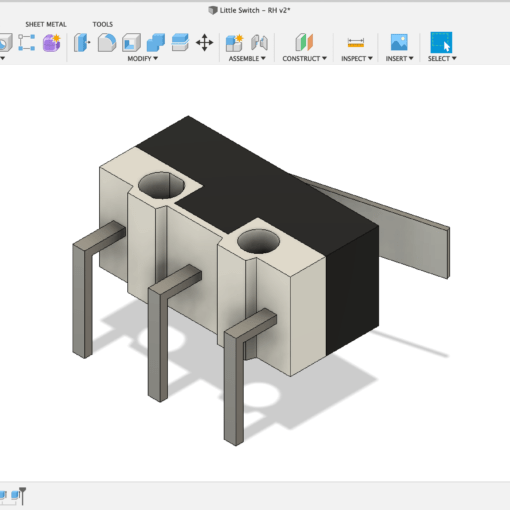 I just realised that in Part 1 and Part 2 that I didnt discuse how to go from Datasheet to Fusion 360, […]