In Week 2 we made a single LED blink using an Arduino, now about 99.9% of the time this would be overkill (the 0.1% of the time is when you are learning); actually tell a lie, There is a VERY good reason to flash a LED with a micro, but I will cover that later.

Introduced in 1972 by Signetics, the 555 is still in widespread use due to its low price, ease of use, and stability. It is now made by many companies in the original bipolar and in low-power CMOS technologies. As of 2003, it was estimated that 1 billion units were manufactured every year. The 555 is the most popular integrated circuit ever manufactured.

The circuit is fairly simple: 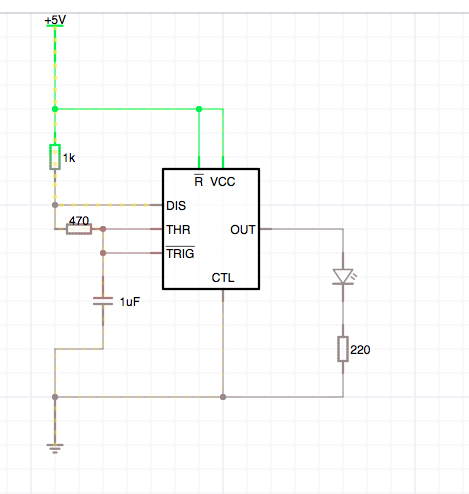 The supporting components are:

So the bom1 price is about 35p if you buy from Farnell.

I got this email from Charles Brown <[email protected]> in the mail today: Hello In regards to our previous email inviting you for […]

https://www.jeffgeerling.com/blog/2017/raspberry-pi-zero-w-headless-time-lapse-camera https://github.com/geerlingguy/pi-timelapse ==== Set up pre boot ==== Since the /boot partition is accessible by any computer with an SD card reader, […]